A most beatifull part of the Podhale 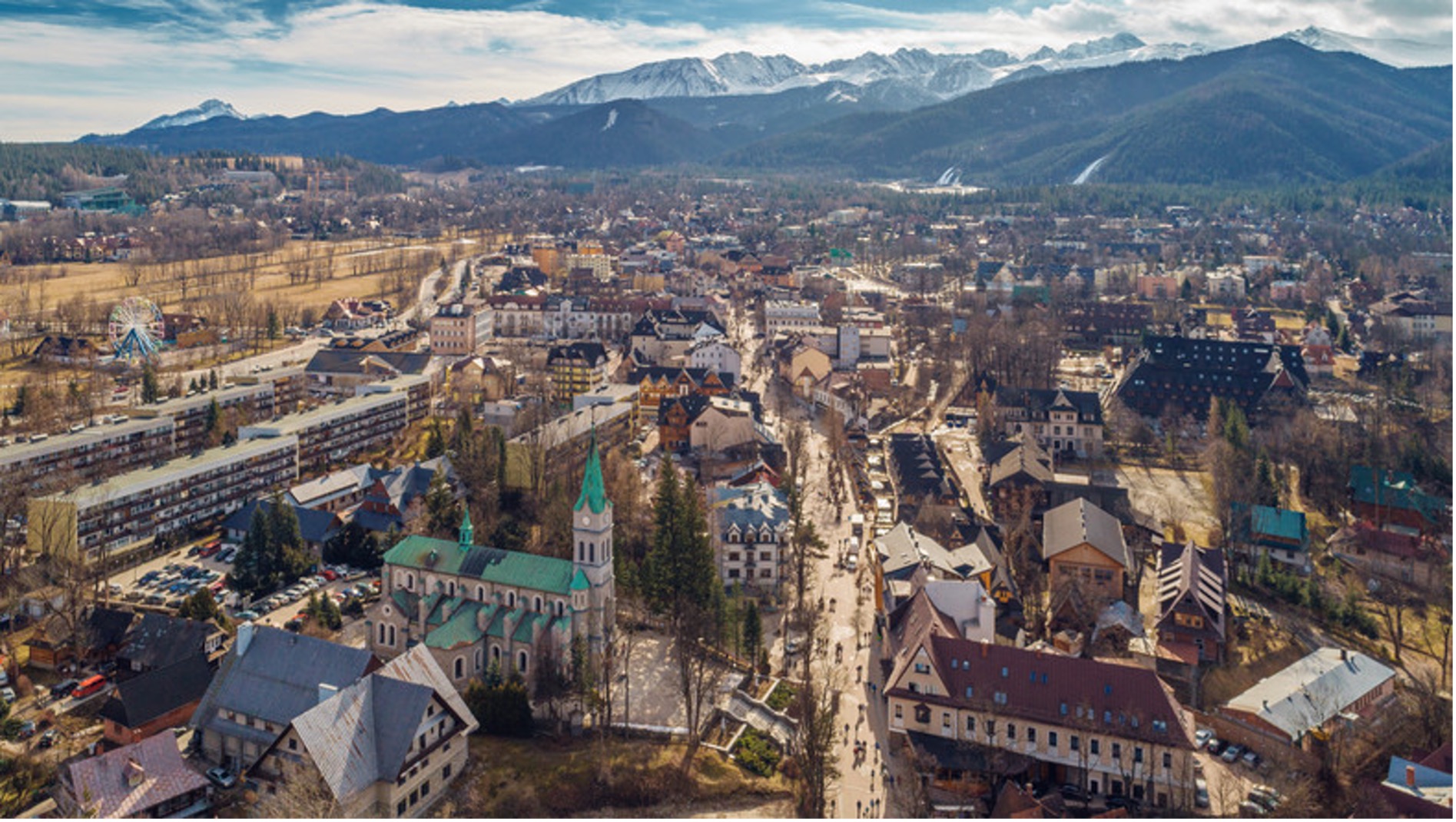 Podhale is a region in southern Poland at the northern foot of the Tatra Mountains. In addition to beautiful landscapes, there are interesting cities to visit such as Zakopane.

It is considered the capital of this picturesque region. It lies closest to the most popular Polish mountains – the Tatra Mountains. The town has only 30 thousand inhabitants and every year about 3 million tourists from all over the world come there.  It is besieged by visitors all year round as there are many events taking place there in every season such as Wielka Majowka Tatrzańska, Zakopane Jazzna Wiosna etc. However, in winter it is besieged by skiers and avid mountain travelers.  There are over 50 slopes to choose from and for water lovers there is the Zakopane Water Park.

In the 12th and 13th centuries the Tatry Mountains with the whole Podhale region were a royal property. Polish Tatra Mountains were administered by Nowy Targ alderman, and the lands on the Dunajec river by Czorsztyn alderman. The Slovak Tatry Mountains with Orava, Liptov and Spisz belonged to the Hungarian king. The name Zakopane appeared already in a document of King Zygmunt III Waza dated April 20, 1630. Its origin is connected with the word “Zakopane” (grubbing place) and originally sounded Za Kopane. Settlement in the Tatra Mountains was small at that time. According to tradition, the first settlers in the area of today’s Zakopane were peasants and townspeople fleeing from the wrath of secular and clerical lords.

Spiš and Orava dialects. This dialect was popularized at the turn of the 19th and 20th centuries by Kazimierz Przerwa-Tetmajer, who published a series of short stories entitled Na skalnym Podhalu.

Typical highland customs are usually associated with church holidays, especially with Christmas. Some of them have survived to this day, but most are slowly disappearing. Many people try to maintain these regional traditions, not only in Podhale. In the folk tradition the nature reborn in spring harmonized with the Resurrection celebration. Today this symbolism does not appeal to us so much. Many customs have been forgotten, some are only preserved in the stories of the older generation, in scientific studies, and in the performances of regional ensembles recreating old rituals. However, there are some customs that have survived, and it is difficult to imagine Easter without them. Perhaps for some basil branches and painted Easter eggs are just beautiful decorations, but it is worth seeing in them a symbol of new life.

The wedding and reception are called mating in Highlander dialect. Whereas the betrothal is called “namówin”. Wedding outfits of bride and groom are very colorful and very traditional or, especially nowadays in case of brides’ dresses – strongly referring to tradition. In the past the bride and groom during a highland wedding and reception were dressed in the following manner: in a colorful skirt with floral motives, embroidered corset, embroidered white shirt, horse shoes and from the wedding accessories they had red beads and the already mentioned garland. The bridegroom’s outfit during a traditional highland wedding is as follows: light-colored pants (“portki”) made of sheep’s wool, white linen shirt fastened at the neck with pins, a belt, a hat with a feather, and helmets.